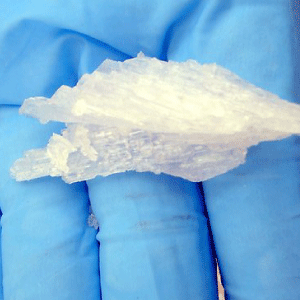 Drug Busters analysing sewage waste to flush out the city’s drug use have revealed our ice scourge has now hit an alarming record high.

Methamphetamine is the most popular drug on the black market, with its use leaping a staggering 25 per cent in the past year — and doubling since waste screening began five years ago.

Lab testing by the University of South Australia at Adelaide’s four sewage treatment stations — two at Bolivar, and at Glenelg and Christies Beach — reveals that 388 doses of ice were detected per week per 1000 people — up from 307 the previous year.

Wastewater analysis offers evidence of consumption rates — each dose measured as 30 milligrams of pure meth — but does not provide the number of users. The surge comes as no surprise to police with latest figures showing a 24 per cent rise in drug fines and the number of people directed to “drug diversion’’ programs increasing by almost 30 per cent in 2015/16. Ice use also peaked in December, with 502 doses detected last month compared to 379 doses in December 2015.

Read the full article at the Gold Coast Bulletin here

Why is Methamphetamine So Addictive

Highly addictive, meth burns up the body’s resources, creating a devastating dependence that can only be relieved by taking more of the drug. The physical and psychological effect cause by meth is highly concentrated, with many users report getting addicted from the first time they use it. Consequently, it is one of the hardest drug addictions to treat and some can die in its grip. Meth creates an artificial pleasure sensation. It does this by mimicking the chemicals that, without drugs, would send pleasurable impulses to the brain. The problem with extended use of meth is that the brain can no longer tell the difference between artificial and natural pleasure signals.

Warning Signs of Meth Use 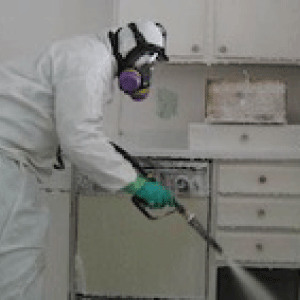 Signs of crystal meth use vary from person to person, depending upon body mass, route of administration, and dosage. The general effects experienced are euphoria, anxiety, hyperactivity, and insomnia. When larger doses are taken, one may behave violently, go into a state of confusion, and in some cases have a heart attack or stroke. Meth addicts commonly have many scabs and skin lesions, as they pick nervously at their own body, and the substance slows healing and deteriorates the immune system. Finally, meth almost always inhibits hunger in the user. Crystal meth addicts often lose weight at an alarmingly fast rate, and are unhealthily thin.

A property that has had a functioning meth lab (clandestine drug lab) is an extremely toxic environment that should not be live in until it has be correctly decontaminated and the property is tested by an industrial hygienist and received a clearance certificate. There are many dangers associated with meth lab contaminated properties. Due to the cooking process, the chemicals used to cook meth become airborne and absorb into walls, ceilings, flooring, furniture, clothing and the properties structure. These chemicals than slowly off-gas and contaminate the property for many years. Studies have shown have exposure to high levels of methamphetamine can have serious health side affects including death. If you are faced with the prospect of having to clean and decontaminate a property after a meth lab, contact Crime Scene Clean today to talk a trained meth lab remediation technician. If you suspect your house is contaminated with Meth, you can test your property for any meth residue today and get almost instant results within 5 minutes with our DIY Home Meth Test Kits (Surfaces Residue Test kits for ICE). Order one online today to determine whether or not you require a decontamination of your property.